Welcome to Tuesday Tales! Click on the writer's name to go to their blog and read their story. Don't forget to come back and enjoy all the stories here. Thank you for coming.

JILLLIAN CHANTAL (Contemporary Romance)
“What’s that, love?” Paul asked as he joined her at the table.

IRIS BLOBEL (Contemporary Romance)
“You should know better than me. After all you’ve known Jack longer.”  Emily didn’t know whether to laugh or cry. “I meant you,” she finally replied in a whisper, hoping not to put more salt in what seemed an open wound.

TRISHA FAYE (Contemporary Romance)
"That group? Down on the courtyard square? That's Shelly giving her 'Ghosts of Denton' tour."

ELIZABETH BLACK (Sweet Romance)
Eric had planned a wonderful Halloween get-away for us at a bed and breakfast haunted by a pirate captain!

SHERRY GLOAG (Romantic Suspense)
The stare she directed at him should have douched the heat burning up inside him. It failed.

TRICIA ANDERSEN (Steampunk Romance)
Her act of bravado did nothing but arouse him.  “We will stop her.  Together.”

JAMIE SALISBURY (Contemporary Romance)
Pulling up in front of the house I couldn't help but notice the fact that no lights were on. Seeing Tom's truck meant one of two things. He was either passed out drunk in the house or his workshop.

FLOSSIE BENTON ROGERS (Paranormal Romance)
Shale’s right hand froze on the pestle, while the fingers of her left hand tightened to a death grip on the cold rim of the green onyx mortar.

Posted by Tricia at 8:02 PM No comments:

Welcome to Tuesday Tales! Come read the stories 10 writers penned to this picture. They’re only 300 words, so it will be fast reading.

Click on the writer's name to go to their blog. Please return to read the other outstanding stories. Thank you for coming! 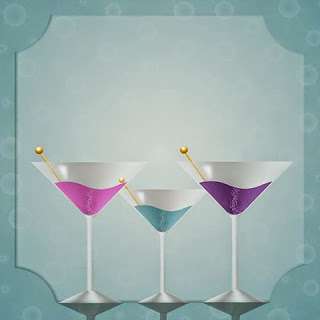 TRISHA FAYE (Contemporary Romance)
“I don’t know if that’s a good idea,” she murmured. “You think we could make it through a meal without wanting to strangle each other?”
JILLIAN CHANTAL (Contemporary)
“We’re trying some new recipes for ladies night,” Amos said
V.L. LOCEY (M/F Multicultural Romance)
Pulling back the sleeve of my coat I saw that I was ten minutes late.
TRICIA ANDERSEN (Sports Romance)
It was the first time Max had anything to do with MMA since he left Mankato and moved to Minneapolis. He didn’t even watch it anymore. The memories of all that had happened were just too painful.
IRIS BLOBEL (Contemporary Romance)
A week ago, he’d enjoyed a cocktail with the woman who he'd later found out had cheated on him, and a few days after that he’d said farewell to his mother and Duncan, the man he’d called father for the last twenty years.
JEAN JOACHIM (Sports Romance)
Jo Parker smoothed the silk of her deep purple dress with dry palms.
SHERRY GLOAG (Romantic Suspense)
Not even the slap of his palm across his forehead banished her stricken look, her race for the door and her frantic dash across the car park, in the wrong direction.
MORGAN WYATT (Contemporary Romance)
Salmon Wellington was worth clapping about. It sure beat nuking a frozen entrée.

ELIZABETH BLACK (Sweet Romance)
I'd never been to a restaurant that was a converted jail. This was going to be the most unique eating experience ever.

FLOSSIE BENTON ROGERS (Paranormal Romance)
The demon’s hands were freezing, his wings cold and rubbery against Kestrel’s arm where he had her tucked her in close to him as they flew.

Posted by Trisha Faye at 6:24 PM No comments:

Welcome to Tuesday Tales! Click on the writer's name to go to their blog and read their story. Don't forget to come back and enjoy all the stories here. Thank you for coming.

JEAN JOACHIM (Holiday Romance)
At nine o’clock, Santa’s Thrift Shop was empty, except for Giselle and her pug, Charlie.

TRISHA FAYE (Contemporary Romance)
A little eye candy now and then was one thing. But today she wasn't in the mood to deal with Mr. Non-Sentimental.

JILLIAN CHANTAL (Contemporary)
“I have a gun and I know karate. I’ll be fine.”

SHERRY GLOAG (Romantic Suspense)
The pink and purple print of the letters morphed into the wry smile he’d been trying to evade. The thought of kissing his rescuer may not be sensible but it sure chased the chill out his bones.

ELIZABETH BLACK (Romance - sweet)
I woke up just after dawn to find Eric was not in bed. Curious, I got up and put on my kimono.


IRIS BLOBEL (Contemporary Romance)
Emily placed her hand on her chest and with exaggeration replied, “Oh, I remember. I was heartbroken for days.”

DAVEE JONES (Contemporary Adult Romance)
Game of Inches
Then, I saw it. The Letter. It was on the mantle. I reached out, touching it gingerly, I drew my hand back fast.

JAMIE SALISBURY (Contemporary Romance)
We've had a marvelous time, the two of us. In spite of the breezy cold weather, we've managed to hold up inside and relax.

MORGAN WYATT (Contemporary Romance/Cougar)
Exposed
I never meant you couldn’t hold your liquor. Want me to write you a letter of recommendation as far as your liquor holding abilities go?

TRICIA ANDERSEN (Steampunk Romance)
There was nothing more beautiful in the world than Gideon with
nothing on. The vision was breathtaking. And tonight it is mine.

STEFAN ELLERY (Thriller)
John smirked, he killed another he shouldn't have.

SARAH CASS (Historical Paranormal)
“Jasper,” she spoke in a whisper knowing his sharp ears would hear. “How long are Werewolves memories?”

Ever since hearing Jonah relay a Seneca legend about a magical bear Rhett was bruin obsessed.

Posted by Jean Joachim Books at 5:57 PM No comments:

Welcome back to Tuesday Tales! This week we have 10 writers that have joined in on the word prompt "Short". Click on the writer's name to go to their blog. Thank you for coming.

JEAN JOACHIM (Sports Romance)
After the Kings’ victory, Buddy, their wide receiver, ran to the stands. He led Emmie to a quiet corner.

SHERRY GLOAG (Romantic Suspense)
He stilled when he heard a rustling outside.

TRISHA FAYE (Contemporary Romance)
“No, Marie, no blind dates for me. I have no intention of getting involved with any man again.”

V.L. LOCEY (Multicultural Romance)
“You want to go back for gloves?” he asked, each word steaming my palms.

DAVEE JONES (Contemporary Romance)
"As a lover, he fell short. As a kidnapper, he scared me witless."

SARAH CASS (Urban Fantasy)
"Maybe Elan was stupid, but then again maybe she was the smartest one here. We need Mom."

JAMIE SALISBURY (Contemporary Romance)
Handing him a glass of wine, I followed him out of the kitchen. He sat down on one of the leather sofas facing the water, and put his feet up on the coffee table.

MORGAN WYATT (Contemporary/ Cougar)
The man had potential remembering the spark that zipped up her arm when he touched her hand. Try not to think about it.