Welcome to Tuesday Tales! Thank you for stopping by. Click on the writer's name to go to their blog and read their story.
JEAN JOACHIM (Contemporary Romance - PG-13)
"The Dating List"
Carrie arched into him, pressing her hips into his, her fingers combing through his hair.
IRIS BLOBEL (Contemporary Romance)
“Congratulations, darling.” His mother took his face into her hands and gave Ty a kiss on his cheek.
CHRISTINA COLE (Historical Paranormal Romance)

“Marissa.”
The feeble voice whispered her name. Marissa shuddered as she cast a glance over the cold, stone floor of the asylum.
KAREN CINO (Contemporary Romance)
Pia placed her bottle of beer and hotdog on top of the dugout.  Looking at Lorenzo out on the field warming up his pitching arm, she couldn’t believe she was sitting in these seats, so close to the action on the field.
MICHAEL CHARTON (Fiction)
Gina is five foot two, her husband John six foot.  Gina angrily jabbed her index finger into John’s chest
V. L LOCEY (Romantic Comedy)
I suppose I may as well tell you the ‘Waiting in Line’ tale and what followed. I`m sure the stories have already been travelling up and down the dirt roads my mailman Gary covers with the speed of Clark Kent in spandex mode.
LINDSAY DOWNS (Sensual Suspense)
Three hours later Jessica and Ronny finally got to get the hell out of the police station. It wasn’t so much the grilling they’d received but the nonchalant attitude from Michaud which irked Jessica.

J.P. GRIDER (Time Travel Romance)
"David. C’mon.” Mom’s voice pulled me from my mental trip back in time.
TAINA VICARI (Sci/fi, Fantasy)
Walking towards the jet with the Premier, Sabrina noticed from the corners of her eye Chinese soldiers, armed and ready to attack. She looked down at the Premier and he yelled out "NOW" and fell to the ground.
CATHY GREENFEDER (YA Paranormal Romance)
"Kiss Out of Time"
"With trembling fingers she opened the door. It creaked and she inched within the room."
E.A.IRWIN (Drama)
The tic in Madeline’s right eye worsened as she stared across the auditorium. Hundreds of blank faces, she hoped would remain humane, stared back.
DAVEE JONES (Demonic Paranormal Thrill)
"Blue Ink: the Skin Stalker"

"They arrived at the police station before Colin drew any conclusions of his own.  Colin followed the officers inside and they seated him at a table in a small windowless room."
SHERRY GLOAG (Romance)While she cradled her son, Melanie watched the twins from her seat on the edge of the group. She noted while Sacha laughed and joked with his twin, the camaraderie didn’t reflect in his eyes.
KATHLEEN TIGHE BALL (Modern Cowboy Romance)
"Summer's Desire"
The wind howled incessantly, making her crazy. Outside the boughs of the trees swayed amazingly far. Everywhere she looked, it was white.
LENA HART  (Contemporary Romance)
She felt like a fool. Seeing the evidence of his betrayal left a rancid feeling in the pit of her stomach. If she hadn’t forgotten to eat lunch, she would have been sick.
CAROLYN GIBBS (Romantic Suspense)
The sound of water splashing in the pool and children’s laughter lingered before them. Claire watched as the expression on Lacy’s face slowly changed.
STEFAN ELLERY (Sci Fi)
Paul, Silf and Stan stood outside a large door dressed in heavy
clothing,though Paul had the impression Stan only wore his gear to
make them feel comfortable the Bigfoot had enough fur on him to at least survive the cold weather in Northern Canada

Posted by Jean Joachim Books at 8:23 PM No comments:

Our writers wrote 300-word stories to this picture prompt this week: 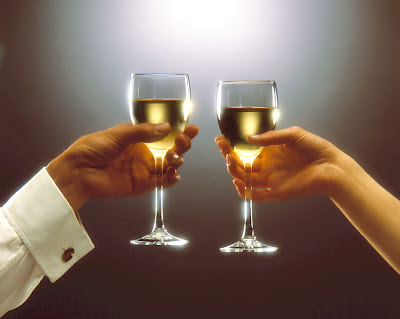 JEAN JOACHIM (Contemporary Romance)
“Cheers, Mindy.” Albert raised his wine glass, clinking it with the glass of the young brunette sitting opposite him at his dining room table.
LINDSAY DOWNS (Sensual Suspense)
The sound of a cork popping forced her to glance right at the tall, handsome man standing in the cabin doorway.

“My darling, would you care for a sip,” he asked.
VICKI LOCEY (Romantic Comedy)
The light of Artemis flowed over us in the hay mow. Soft bleats came from the goats below.
IRIS BLOBEL (Contemporary Romance)
Ty held the Brownlow Medal in his hand, but didn’t feel like celebrating at all.
SHERRY GLOAG
“You’re joking! Tell me you’re joking.” Max stared at the woman standing inches in front of him and wondered how it had come to this without him noticing.
MICHAEL CHARTON (Poetry)
I am so grateful, you decided to meet me for dinner.
You presence makes me feel like a winner.
KAREN CINO (Contemporary Romance)
Mario held a bottle of Dom Perignon and two champagne glasses.  He set them down on the glass picnic table before embracing Brooklyn.
J.P. GRIDER (Time Travel/Romance)

Mom’s knees buckled beneath her. In an instant, I caught her under the arms and lifted her up.
STEFAN ELLERY (Sci Fi)
Spencer and Tate sat at the bar toasting themselves with a a couple of glasses of wine. The clink of the glass brought music to Spencer's ears.
DAVEE JONES (Romance)
He wondered if it was all about the thought of a juicy cheeseburger, or if her long blonde locks had anything to do with it.
KATHLEEN TIGHE BALL (Contemporary Romance)
Robert stared at the picture. It had been a week since he'd come back to work and every night he waited for his coworkers to leave so he could be alone in his grief.

To honor those murdered on 9/11, we have delayed publishing Tuesday Tales.

Welcome! Thanks for stopping by. We are fortunate to have some new writers joining our group today. So please welcome them by reading their stories and leaving a comment. Just click on the author's name to go to their blog. Happy reading!
JEAN JOACHIM (Contemporary Romance)
"The Dating List"
Colin placed their order while Leah looked around. There weren’t many people in the place and certainly no thirty-four-year-old women with twenty-nine-year-old men.
KAREN CINO (Contemporary Romance)
Pia laid out all her purchases onto the bed.  Tonight she wanted to look perfect.
VICKI LOCEY (Romantic Comedy)
Late summer on my goat farm is a sanguine time. Or it used to be before the behemoth known as Ares, Greek god of war and manly courage, tumbled through the roof of my barn
J. P. GRIDER (Contemporary Romance)
Los Alamos, New Mexico was a long way away. My home for the last fourteen years, I was forced to go on sabbatical.
STEFAN ELLERY (Sci Fi)
Finding a guide seemed more troublesome than it should have been.
DAVEE JONES (Demonic Paranormal Thriller)
"Blue Ink, the Skin Stalker"
"The Skin Stalker reached his destination, Echo Mountain.  He willed his evil connection to the underworld to transport him and his sacrifice, Hannah, to the top. "
LINDSAY DOWNS (Sensual Suspense)

Jessica watched as the prisoner was deposited in the police van before, smiling, turning back to her compatriots.
“I don’t know about you three but all this excitement put me in the mood for a nice chardonnay. Who’s with me?”
KATHLEEN BALL (Modern Cowboy Romance)
"Summer's Desire"
Drawing her closer he tightened his arms around her. “When it comes to you, I swear I don’t know what I’m doing. I just want you to be mine.”
TAINA VICARI (Non-fiction)
In light of this and because of it being Tuesday, September 11th. I couldn't quite let this day pass without paying homage to all those who lost their lives on 9-11-01. You see for those of us who live in the areas of the attacks and lost loved ones were personally affected.

Thank you for visiting today. Click on the writer's name to go to their blog and read their story. Click on the link you find there to return to Tuesday Tales and read the works of other writers.
JEAN JOACHIM (Contemporary Romance)
The man tightened his grip while he slapped his other hand over Leah's mouth. Fighting for breath she tried to move his hand which seemed glued over her mouth and nose.
KAREN CINO (Contemporary Romance)
The next morning Pia woke up to Lorenzo’s name scrolled across her cell phone. Glancing at her clock radio the time read seven thirty a.m., way to early for her usual wake up time of nine o’clock.
STEFAN ELLERY (Sci Fi)
The voyage was short and simple nothing eventful happened.
LINDSAY DOWNS (Sensual Suspense)
From atop the quay Jessica stared at her newest baby, a her 34 meter long yacht. Not the biggest in the basin and surely not the smallest.
KATHLEEN TIGHE BALL (Modern Cowboy Romance)
"Summer's Desire"
Drawing her closer he tightened his arms around her. “When it comes to you, I swear I don’t know what I’m doing. I just want you to be mine.”
DAVEE JONES (Demonic Paranormal Thriller)
"Blue Ink: The Skin Stalker"
"The closer Joelle came to knowing the truth, The Skin Stalker became agitated and impulsive.  He felt her growing knowledge sawing into his abdomen and cutting into his carefully laid plans."

Posted by Jean Joachim Books at 5:43 AM No comments: