Welcome to Tuesday Tales! Thanks for stopping by. These writers have written stories to the word prompt "tight" this week. Click on the writer's name to get to their blog and their story. We will be back in two weeks, see the note at the bottom.
JEAN JOACHIM (Contemporary Romance)
A crowd began to gather. Rory heard the wail of a siren draw closer.
KAREN CINO (Contemporary Romance)
Pia paced through her living room and kitchen.  Lisa had called her earlier, telling her to sit tight, she was on her way home.  Home?
LINDSAY DOWNS (Suspense)
“Never thought I’d see the day when John would pass out."
IRIS BLOBEL (Aussie Romance)
A mental picture of Ty naked on his bed rushed through Katie’s mind and she blushed instantly. She could not believe how good it had felt to hear his voice.
V. L. LOCEY (M/M Romantic Comedy)
“Wow,” I huffed, letting my fingers dance over his thick bicep, “You sure do know how to win your houseguest`s hearts.”
SHERRY GLOAG (Romantic/Paranormal)
Aladdin’s lamp? Was she going crazy?  Immediately she focussed on her thumb still brushing the surface of the silver horseshoe in her hand, and swore.
TRICIA ANDERSEN (Medieval Fantasy Romance)
Thatcher’s horse sauntered behind the others weighed down by the bulk of the three knight’s belongings.  He walked alongside the grey steed holding the horse’s lead tight in his hand.
STEFAN ELLERY (Sci Fi)
Paul groaned as his clothes were stripped down to his underwear by the other creatures. Soon he would be consumed, he just hoped it would be quick.
SARAH CASS (Urban Fantasy)
An arid breeze stirred along my skin. The familiar scent of phlox blooming in the dusk relaxed even my worst nerves at being home. Distant peaks jutted against the deep purple and red of the setting suns.
KATHLEEN TIGHE BALL (Western Romance)
"Let’s put on our western wear and walk into town. With so many cowboys we might not need to get into the rodeo. We could wait outside until they come out.”

NOTE: In honor of the Jewish holiday, Passover, we will not be publishing Tuesday Tales next week. Please come back and join us again, on April 2. Thanks for stopping by!
Posted by Jean Joachim Books at 5:32 PM No comments: 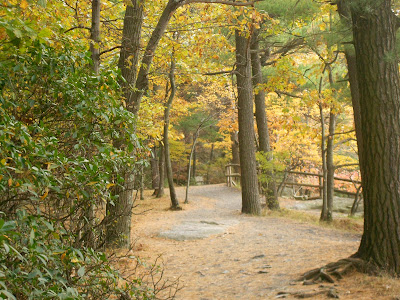 Welcome! We're doing something different this week. We have selected two favorite pictures and the authors can choose which one they want to write about. The stories will still be limited to 300 words. Click on the name of the author to read their story. Thanks for stopping by! Here is the second picture: 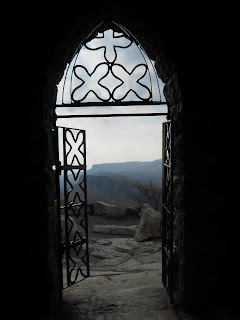 JEAN JOACHIM (Contemporary Romance)
Rory strolled along the path with Bruce. She held a tight grip on Baxter’s leash. Baxter, her pug, loved the park.
FIONA DRUCE (Fantasy Romance)
The villagers watched her. She felt the weight of their stares. What had Father told them before she got here?
SARAH CASS( Urban Fantasy)
Jdyne remained quiet. The thin human veneer he wore sagged into tired lines.
V. L. LOCEY  (M/M Romantic Comedy)
Hoping to find some solace and not freeze off my dangly man bits, I pushed into Cooper`s studio.
ELIZABETH BLACK (Dark Fantasy)
Sleep
Princess Zinnia had fled her village a week earlier, seeking the magical
kingdom through the iron gate - the kingdom that held the secret to the curse than had kept her townspeople awake for thirty nights.
LINDSAY DOWNS (Dark Mystery)
Through partially swollen eyelids he watched as the rising sun cast a cold, pale light over his partially naked body. Lazy cross patterns on and above the steel doors projected an eerie pattern on the stone floor where he lay.
STEFAN ELLERY (Sci Fi)

Olson sat on a headstone outside the family grave and stared at the open gate. There were footprints in the wet grass.
TRICIA ANDERSEN (Medieval Fantasy Romance
Thatcher stepped from his tent clasping his book tightly to his chest.   He inhaled the warm autumn air.
LENA HART(Contemporary Romance)
Leila hated these stuck moments. She was three days past her deadline and her heroine was still trapped in an abandoned warehouse with a crazed gunman after her and the hero nowhere to be found.
SHERRY GLOAG (Paranormal Romance)
She refused to let his forward movement intimidate her when he stepped forward, outrage sparking from his eyes.
“You bar me from my home—“
TAI VICARI (Sci Fi/Fantasy)
It had been 8 years since Danita had seen the sun. Now, just a short distance away she could walk through the grates of her prison a free woman.
Posted by Jean Joachim Books at 4:28 PM No comments:

Welcome! Thanks for stopping by.Click on the name of the writer to go to their blog and read their story. Each blog has a link back here so you can return to read other writers' work. Our word prompt today is "Green." 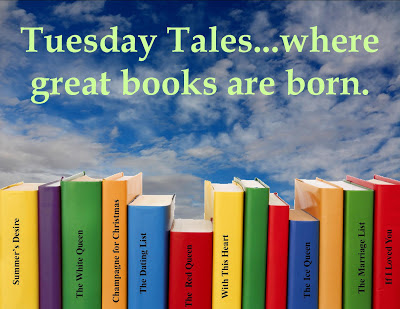 JEAN JOACHIM (Contemporary Romance)
Giselle stood up, wiping her eyes with the heels of her hands before she opened the door.
LINDSAY DOWNS (Suspense)
The flight from Antibes to Dallas/Fort Worth had been uneventful since Jessica reshowed the videos. This was so John and Toby could get a better understanding of what they’d be doing.
DAWNE PROCHILO(Historical Western)
As Herschel rattled on about what a grand life he could offer her, Sarah bit back retorts and regressed with her effort to dismiss the man immediately.
IRIS BLOBEL(Aussie Romance)
~Katie’s hand hurt because she was holding on to the phone like to dear life. Her heart thumped hard in her chest as she cradled the phone in her now sweaty hand~
V.L. LOCEY (M/M/Romantic Comedy)
I`d just like to say bugger Ben Franklin for coming up with the ditty ‘Early to bed and early to rise makes a man healthy, wealthy and wise.
SHERRY GLOAG (Fiction)
Tyler had taken her parents’ place at her bedside when she woke. Half-moon patches of bruised-blue beneath his eyes advertised his lack of sleep.
STEFAN ELLERY (Sci Fi)
He couldn’t open his eyes and his head hurt. He felt the pain in his leg, but the biting cold had numbed his pain down to an unpleasant throb.
FIONA DRUCE (Fantasy Romance)
He absently slid a finger up his bare abdomen, twirling and dragging the tip to his chest, while he watched the bizarre people hustling into their little huts from his perch on the grassy hill.
TRICIA ANDERSEN (Medieval Fantasy Romance)
Miranda stared out the glass of the window seat in her bedchamber.  The lofty branches of the evergreen trees framed the beautiful scene below.
DAVEE JONES (YA Paranormal/Romance)
Finding Love and Bigfoot
"Leandra perched once again with her laptop investigating her new obsession- Bigfoot."
TAI VICARI (Sci Fi/Fantasy)
The day went on and on what seemed like an eternity as Katriana stood leaning up against the corner of the meeting room every so often rotating around so she didn't lose focus.
KATHLEEN BALL (Modern Western Romance)
Maggie practiced on the crutches Hunter had brought in for her. The more she walked the better she felt. She was no longer a sitting target for all of Cindy’s dark glares.

Posted by Jean Joachim Books at 4:50 PM No comments: